When I can, every javascript project I start makes use of the new ES2015 (or ES6) standard. The features (better classes, arrow functions, etc.) are just to good to ignore, and, using a transpiler such as Babel, code can be made compatible with older browsers and systems.

For private projects the transpiler can be incorporated in to the build process. But, how do we proceed when we want to make a project public and usable by others? This is particular important when we publish a package to NPM. NPM packages should run on “ES5 systems”.

Recently I wanted to practice a bit more with publishing to NPM and decided to use my micro library KalmanJS as an example. In this post I will show you how to go from an ES6 library to an ES5 compatible package.

Small note: This post focusses on an Occam’s Razor approach to the ES5→ES6 problem. I will not use modules or build systems (like gulp, grunt or webpack) but instead focus on the bare minimals. It is often not required to use elaborate setups and when needed, a simple setup, like the one discussed here, can be easily extended.

As usual, I started by creating a package.json file for my project. The easiest option is to run npm init and subsequently answer all the questions. All the values you enter will end up in your package.json file. See the NPM docs about init and package.json if you need some extra information.

Nothing fancy so far, just the regular NPM setup!

To convert ES2015 code we will use a transpiler. Babel is, in my opinion, the current best option. To use Babel we need to add some dependencies to our project, like so:

The new Babel 6 setup uses plugins to configure everything. To transpile ES2015 we need the ES2015-plugin:

Note that we append --save-dev: the transpiler is only required for development. An application that uses our library will use the transpiled version and does not need these requirements.

Since the package.json file has been created and the requirements have been added, we can create the rest of the files that are needed. Our project structure will end up like the following:

Create a new file in your root directory and name it .babelrc. In this file add the following:

This single line tells Babel to use the ES2015 preset. You can also use command line parameters to set the transpiler config but I prefer using a .babelrc. This makes it a bit easier to understand what Babel will do without having to look at the build command.

You probably already have a .gitignore file. To make sure that our transpiled ES5 files do not end up in our repository add the lib directory to it.

.npmignore has the same function as the .gitignore file but defines everything we want to exclude in our published package. Here we can add everything that a end user should not need. In our case this means the source files and the Babel config. We do want to include the lib directory as this contains the main files of your package.

As promised we will not use any external build system. Instead we use NPM scripts (small commands that NPM can execute) to build our files. In your package.json file there should be an scripts entry (usually this contains an empty test command).

The first script we add is our compile step:

Now when you run npm run compile, Babel will scan all files in the src directory, transpile your ES6 code to ES5, and store the result in the lib directory. The --source-maps flag is added to generate source maps (which help with debugging code) but this is fully optional.

Our second script is called prepublish. This is a special script that is executed automatically when you publish a package to the NPM repository. In this script we define all the steps that have to be executed before we can publish our package. In our case, this is simple:

This tells NPM to compile our code before it is published to the repository.

If you have any other steps that need to be executed (e.g. a minify step) you can add them here. For KalmanJS the full list of scripts is the following:

With our scripts defined we are done! You can now test your project as usual and, when everything succeeds, push it to the NPM registry. The NPM docs has a nice overview of the test procedures you can/must follow before publishing. I definitely recommend running through those steps at least once to see if it all works.

After your last checks you can simply push the project to NPM:

If you followed the steps you will see something similar to this:

Your ES6 code is transpiled and uploaded. Congrats! 🎉

Hey, thanks for writing this great article! I have a little question regarding this note: "Note: NPM also ignores everything from your .gitignore file, so no need to define things twice.". Is that actually the case ? If so, our uploaded package won't have ES6 code (src from npmignore) and ES5 code (lib from gitignore) or am I missing something?
Reply to Piotr Grzesik ↵

Use the form below to reply to the comment of Piotr Grzesik: 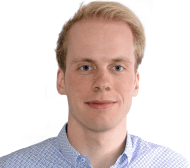 Hi! Nicely spotted! It's an error in the article. From the docs:

In other words, the .gitignore is ignored if there is a .npmignore present. In this case, this results in the lib directory to be included in the published package, exactly as we want.

I will update the article. Thanks for pointing out the error!

Questions? Suggestions? Feedback? Use the following form to send a new comment. I review all comments personally before they are placed on the website. The comments system does not track users, and I only store the comment itself. After submitting the form, the comment will be reviewed as soon as possible.